What Is Phishing and How Do I Avoid It? Did you know that a new phishing website is launched every minute? But phishing attackers don’t just use websites to fool their victims. All sorts of methods are used, including SMS, email, social media, and more. No one is safe. Even high-ranking officials can fall victim. In the following article, you’ll learn what phishing is, how it can harm you, and how you can protect yourself and your loved ones from its reach.

Phishing is a type of fraud where the attacker poses as a reputable organization or person.

The aim is to trick the victim into sharing sensitive information like passwords and credit card information or to convince the target under false pretenses to send money or install software containing malware. Phishing affects hundreds of thousands of people and businesses worldwide and is one of the most common forms of cybercrime.

Similar to the sport of fishing, cyber phishing criminals lure their victims into a trap. This type of attack is mostly carried out through email, but cybercriminals have also been known to use SMS texting, instant messaging, and voice calling to lure their victims. In fact, no operating system is truly safe from phishing — Windows, Mac, Android, or iPhone users can become victims of this type of fraud.

Even though phishing is a technologically simple form of cyberattack, it’s still highly effective and dangerous; it’s much easier to trick someone than to penetrate a computer’s defenses. Attackers send millions of fraudulent emails every day, hoping that someone will eventually take the bait. 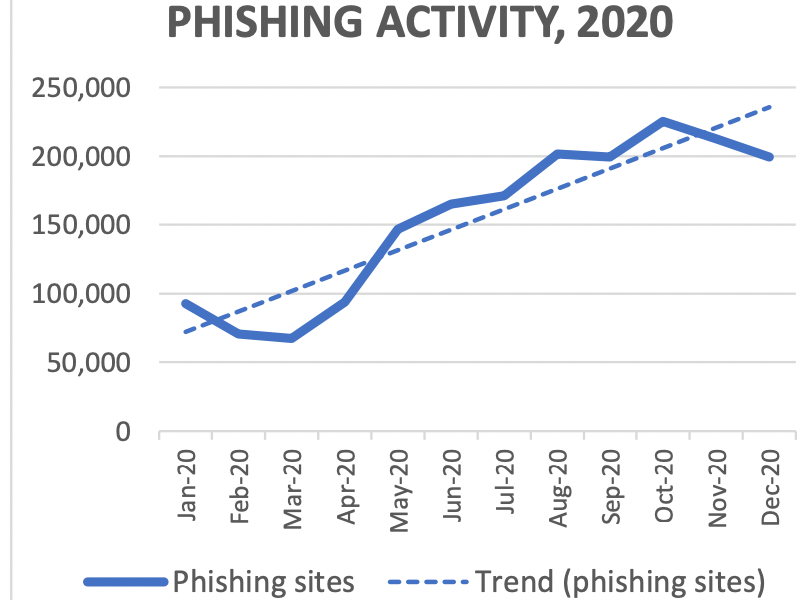 A typical example of phishing is when a user receives a fraudulent email containing a corrupt link from what looks like a trusted email from a familiar company. The attacker provides the user with a reasonable explanation for clicking on the link (the bait). Once the target has clicked on the link, malware is downloaded (and sometimes installed) onto the user’s device. Often, that malware is actually spyware that’s designed to steal a user’s data.

According to the FBI’s 2020 Internet Crime Report, the Internet Crime Complaint Center (IC3) received 791,790 complaints from American civilians and businesses in 2020 — a 69% increase from 2019. In addition, IC3 recorded more than $4.1 billion in losses in 2020. That’s a big jump from the $3.4 billion recorded in 2019. Of all of the reported incidents, phishing and similar scams were the most common. 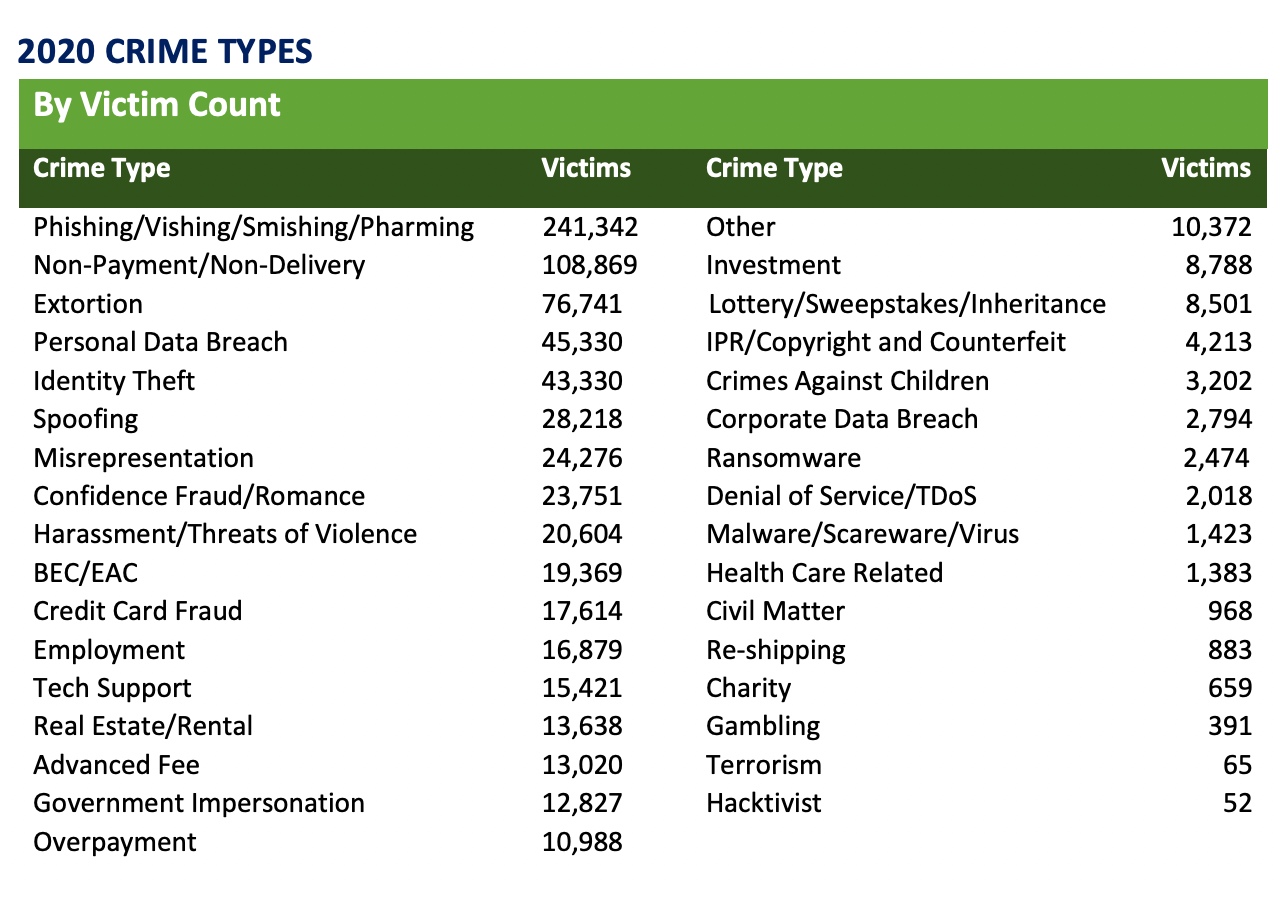 ...phishing affects hundreds of thousands of people and businesses worldwide each year.

Remember, the attacker wants you to:

Fortunately, you can avoid phishing attacks once you know the warning signs.

How to recognize phishing

Most phishing attacks follow the same pattern, making them easier to detect for those who remain vigilant. Here’s how you can recognize phishing scams:

Phishing scams have evolved and grown in numbers over the years. The methods presented below are so efficient that they’ve lasted for decades.

Most phishing emails are sent to millions of users across the globe. Although they don’t usually target a specific person, sometimes victims are selected based on the services they use. Example: groups of people that use the same bank, social media, or other accounts.

Keep in mind, the messaging contained in phishing emails varies. For instance, an email may ask you to:

Most phishing emails are sent to millions of users across the globe.

Clone phishing might be the most difficult scam to detect. That’s because the attackers send nearly identical versions of an email with which a victim is familiar. For example, an email that notifies you about paying your next Netflix bill.

The scammers use the same body (header, fonts, colors, design, language, etc.), but change the link to a malicious one. The exact email address of the sender will not be the same, either. Only the official sender can use the real address.

This form of phishing is the opposite of mass-scale phishing in that spear-phishing targets a specific person or organization. Often, the message is explicitly written for the target victim. Thus, attackers first research their victims to uncover names, job titles, colleagues, and other private details.

An example of spear phishing is when an attacker poses as the boss of a company or as someone who handles payroll. The phisher may direct an employee to send money to a vendor using a fraudulent link. Using urgency and specific information, the scammer dupes the employee into handing their money over.

Similar to spear phishing, whaling also targets a specific individual or business. The difference is that whaling focuses on big targets, such as CEOs, wealthy people, celebrities, or politicians. Since the victims consist of high-value targets, the data they disclose is highly sensitive. Attackers spend countless hours researching their targets and creating elaborate emails to con their victims successfully.

Even though the targets of whaling are important people, many of them fall prey to these attacks. For instance, John Podesta, Hillary Clinton’s campaign chairman, was duped into providing his Gmail password to scammers, leading to the Clinton email scandal in 2016. Another famous example of whaling was the “fappening” attack (the celebrity nude photos leak in 2014), where multiple celebrities were conned into sharing their iCloud accounts.

...whaling focuses on big targets, such as CEOs, wealthy people, celebrities, or politicians.

Smishing is short for SMS phishing. As you might imagine, it’s the same thing as email phishing but done via SMS texting. These texts can also contain malicious links that install malware when clicked on or convince you to provide sensitive information.

Vishing stands for voice phishing. Just like its name suggests, instead of sending fraudulent emails or text messages, the phisher calls the victim, claiming to represent a bank or another authority. From here, the visher uses scare tactics to convince the victim that if personal data or money is not exchanged, they risk facing a substantial punishment.

What to do if you're a victim of a phishing attack

If you’ve been the victim of a phishing attack (or have come close to being one), the steps below will help you mitigate the damages.

If you’ve downloaded something from a suspicious email to your device, it could be infected with malware. If your antivirus software hasn’t warned you about anything, then thoroughly scan your device. If you currently don’t own a reliable antivirus program, then be sure to purchase a full-featured one, such as Bitdefender or McAfee.

The next step is to report the attack to your email provider, impersonated entity (such as a bank), and your country’s anti-fraud commission (the Federal Trade Commission if you live in the US). Reporting a scam helps prevent future attacks.

If you’ve given away banking and credit card information, alert your bank as soon as possible. Tell them you’ve been the victim of a phishing scam and want to freeze your account to prevent unauthorized payments. Afterward, check your credit report for any unfamiliar activity in your name.

If you suspect that malware has been installed onto your device, then be sure to take the following precaution: change the passwords of all of your accounts; create new, complex passwords containing symbols, numbers, and letters; and finally, don’t forget to enable multi-factor authentication for an additional layer of security.

How to stay safe from phishing

Follow these steps to prevent scammers from coming anywhere near your personal information, including your bank accounts.

The best way to avoid becoming the victim of a phishing scam is to ignore suspicious-looking emails. Opening a phishing email is safe, but just be sure that you don’t download an attachment or click on any links — that’s how you wind up getting infected with malware. Once you’ve learned to recognize a scam (by following the above warning signs), you’re a big step closer to keeping your accounts and devices safe.

If you happen to open a scam email, always be vigilant about clicking on any links or downloading attachments. If the email contains an urgent task that your bank or some other company requires you to do, don’t click on the links. These will often take you to web pages that will download and install malware onto your device or persuade you to enter your personal information.

...always be vigilant about opening links or downloading attachments.

Banks and online payment sites will never ask you for your personal account details, credit card numbers, or passwords through email. If you encounter such a request, ignore it and contact the bank directly for clarification. 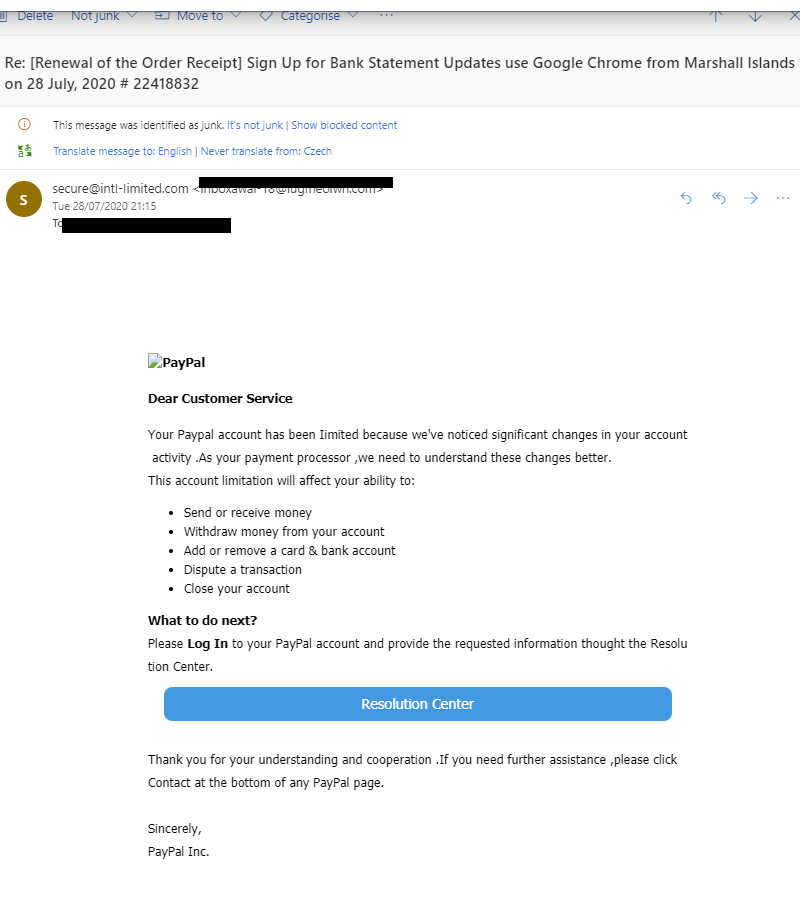 Gmail is the most popular email provider globally, with a user base of over one billion. We recommend it for personal and professional use; still, if you want to use another email service, then opt for a reputable one like Outlook or Yahoo!. There are many email providers out there that may not be as safe and reliable as these services.

Additionally, you could try an email service that’s focused on security, such as ProtonMail, which is protected by Swiss privacy laws. 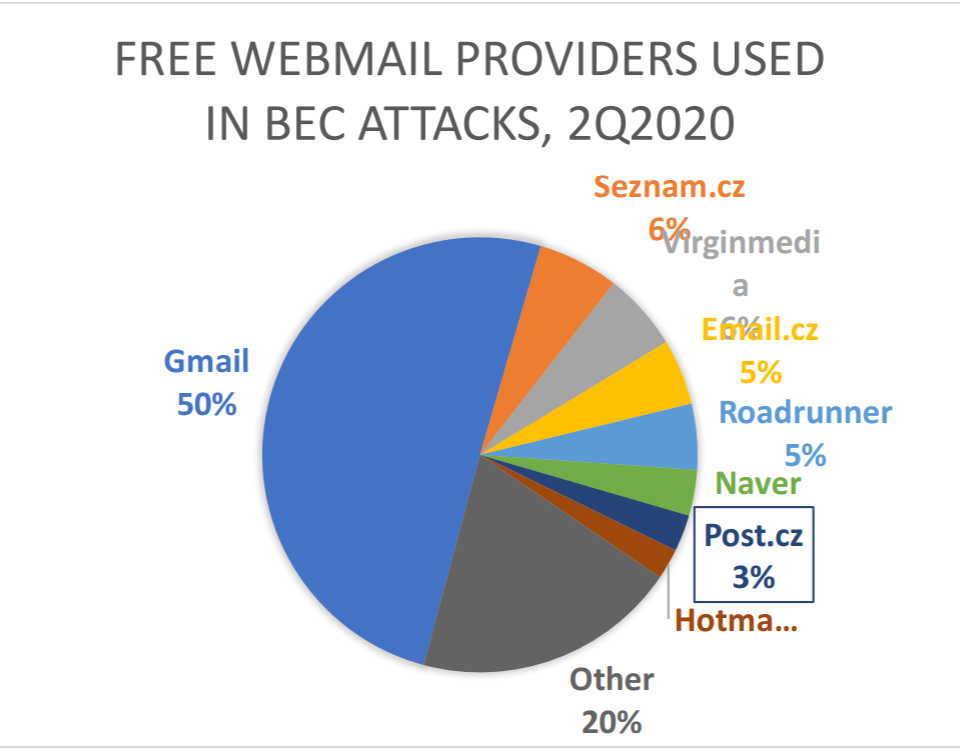 Another way to protect your accounts is to change your passwords regularly. Some banking services force you to do this once in a while, but others don’t. For best results, make changing your passwords a habit. Use strong password generators and make sure to use letters, numbers, and symbols.

Use a reputable antivirus solution

What are some examples of phishing?

Phishing attacks can come from email, SMS, instant messaging, or voice calls — the messages you may receive can vary. Attackers will often pose as your bank, boss, colleagues, or friend. Sometimes they’ll even pose as celebrities or well-known brands, etc.

They may ask you for something urgent and provide you with malicious links or attachments. Should you click on these links and attachments, malware may be installed on your device, or you may find yourself on a webpage where you’ll be asked to provide sensitive information.

A trusted anti-phishing program (Norton is a great example) will help you keep phishing scams at bay.

Why is it called phishing?

The word “phishing” was first coined in 1996. It’s similar to the word “fishing” because, technically, they’re similar activities. Hackers cast the bait out onto the internet and wait to catch unsuspecting prey (internet users). The “ph” was added as a nod to an early type of hacking known as Phone Phreaking.

Being vigilant and having a solid antivirus solution can help you avoid the phisher’s net.

Is phishing a type of malware?

No. Phishing is not a form of malware. Phishing refers to the method employed by the attacker to deliver malware. It refers to a victim being tricked into doing something like disclosing sensitive information, clicking on malicious links, or downloading malware.

If you want to stop malware infections through phishing, install a reputable anti-phishing solution.

Can you stop phishing emails from being sent to your device?

Yes. You can stop phishing emails by using a reputable email provider or by purchasing a reliable antivirus program. We strongly recommend Norton for its anti-phishing capabilities.

What happens if I click on a phishing email?

If you’ve clicked on a phishing email, don’t worry. Simply opening an email won’t download or install malware onto your device. That being said, it does increase the likelihood of accidentally clicking on a malicious link or downloading an infected attachment. To avoid this, it’s best to avoid opening phishing emails altogether.

To filter out any potential scam emails from your inbox, use an antivirus program specialized in stopping phishing threats. These applications work to enhance the default email filter of your email provider for great anti-phishing results.